The times -- they are a'changing?

"No dog should be euthanized solely because of their breed." Hear hear.

That's what Virginia Governor Bob McDonnell is trying to legislate in Virginia. When he was Attorney General in 2006, apparently, he issued an opinion stating the same thing. Now that he's governor, he wants to mandate that no public shelter can kill an animal based only on breed. Virginians, you can contact your local assemblyman to let them know where you stand on the Governor's amendment and don't forget to thank Governor McDonnell too. 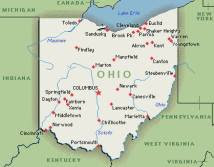 Meanwhile, in Ohio, House Bill 79, which was introduced last year and currently assigned to committee, legislators heard testimony about whether or not to delete the language that defines a "vicious" dog as "belonging to a breed commonly known as a pit bull dog." Representative Murray, who's on the committee, seems to really be thinking about whether the current law had unintended consequences. "[The law] has probably caused a proliferation of ownership of these animals[.] [T]he unintentional result is we've stigmatized and probably caused more injuries in the long term."

Also in Ohio, after the resignation of dog warden Tom Skeldon, Lucas County animal welfare is ripe for positive change. Unfortunately, there are still some commissioners who are trying to maintain Skeldon's policy of euthanizing all pit bulls and refusing any pit bull adoptions. Newly hired dog warden Julie Lyle has a tough road ahead of her, and it looks like she could use some support.

I'm hopeful for these folks who are swimming against the current in an effort to influence their communities (despite internal politics) to treat each dog as an individual. I'm thinking that sending a little note of support or encouragement their way would be most welcomed.
Posted by Christine at 7:18 AM

Great post today - for so many reasons. We really need to support the politicians/shelter directors who are willing to take this stand that every dog be evaluated individually and not by breed. Although the push for BSL can seem overwhelming - we need to continue this battle, supporting those who are willing to stand out and do the right thing. Thanks Bad Rap.

thank you for letting us know about this. My family is originally from Virginia and I'm very happy to see they are taking steps in the right direction away from breed discrimination.

There is similar legislature pending in Maryland as well, to amend the dangerous dog laws.

I am in DC and we have one councilman who keeps trying to ban pits. Last time I threatened to round up all the "pit bulls" in our shelter and stage a sit-in at his office. (I'm an old hippie).

It still stuns me that Ohio has this type of policy. The brainlessness that went into it is just insanity.

Great post - Thank you! While I am a student in MA, I have maintained permanent residence in VA, so I'm happy to see this... and I sent a thank-you letter to our governor via the link you posted!

Next month I am moving to Ft Myers, Florida for my new job (where I may or may not change my residency). Pit bulls seem to be practically forbidden there. Does anyone know of any advocacy groups similar to BADRAP there?

Meagan: the Sula Foundation is in New Orleans. It's still aways away, but I'm sure they can refer you to another group closer to Ft Myers.

Go Virginia!! God Bless Gov. McDonnell and
@dianne~ I LOVE the idea of an old fashioned hippie sit in!

as a lover of the breed, I am always saddened by news of misguided dogs that wind up in trouble. We are (florida) facing the adoption of BSL at the state level, when horrible news hits the paper.
A 16 year old mom, asleep next to her 7 week old infant, awoke to find the baby deceased, with bite and claw marks on him, the dog (pit,of course) belonged to her 17 year old "baby daddy", and will no doubt be euthanized and add fire to the fight in favor of BSL here. We know that this is a result of an animal being untrained, under socialized ,mishandled and perhaps, encouraged to behave unsociably. So sad for everyone

I'm originally from MA and I moved to Ft. Myers about 10 yrs ago. I have 2 rescued Pits myself.

There is a really good network of Pit rescues/advocates in the Tampa area (2 hrs north of us) - they're awesome people to get involved with. Check out the website for Pitstopbullys.com and Tampabaybullies.com for more info.

Welcome to Fort Myers!! It's a wonderful place to live - I hope you'll be very happy!! :)

Great news for folks in those areas.
There is the Miami Coalition against BSL in Florida Meagan.
http://www.unitedagainstbsl.org/
I don`t know if they could be of assistance to you.I don`t know where Fort Myers is and was too lazy to look it up before posting this.

I feel the wrath of Ingrid Newkirk coming on! PETA's "shelter" is in Virginia. They're not going to like this. Their lawyers will be forced to come up with new excuses to continue their slaughterhouse activities. Lawyers cost money and that's money I'm sure PETA would rather spend on KKK robes (I'm referring to their stunt last year in New York). Please don't make Ingrid angry or she may include you in her will.

@ melissa and fmbeachgirl: Thank you for the resources! I will check them out. Anti-BSL is a crusade near and dear to my heart, and I hope to become more involved once I get done with school and have a little bit more free time (and some professional clout - I'm going to be a veterinarian in a little over a month!).

@fmbeachgirl - I am so ready and SO EXCITED to be headed south and leaving New England behind! It's good to meet someone else who has done the same, and is happy to have done so! I hope we (my SO is moving with me) will be very happy there.

Virginia is a long way from Arizona and luckily we don't have breed restrictions here (or at least none that I'm aware of), but it's nice to see authorities at any level come to their senses.

Let's hope that this spreads to other communities that have been misguided enough to blame breeds instead of demand personal responsibility.

Whoah - Bob McDonnell has a policy opinion that I agree with? My world has been turned upside down.