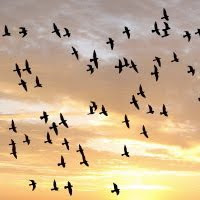 Like a flock of birds, we're following the migration pattern (ie, the fire fighter schedule) of busy Pit Ed instructor Donyale, and are switching class dates...

Pit Ed Beginning and Drop In classes are on SUNDAYS starting THIS weekend, Jan 30

We'll stay on Sundays for several weeks, so enjoy the quieter day with less traffic and overall fewer distractions.

One bird had to chart a different course: Linda Chwistek's CGC Prep Class will continue to run on Saturdays through to March. If you're in her class, keep your ear tuned to Linda for that shift in schedule.

Thanks for being so flexible as we do the seasonal flip flop. 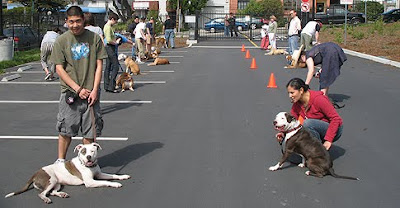 We owe PBS a thanks 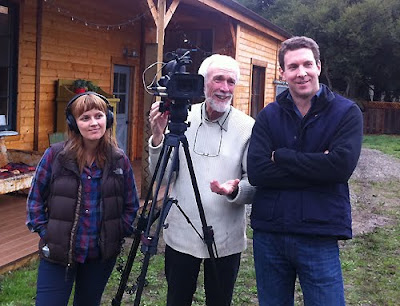 Many thanks to William Brangham and the crew from the PBS Show 'Need to Know' for being real people and telling a real story about real dogs. It was a rainy soggy week when you came to CA, our dogs stamped all kinds of muddy paw prints on you and your subjects were admittedly skeptical about the angle of your story. But you were all-time pros, and your segment on the canine survivors of Vick's abuses was brilliant. Thank you.
Link to open: The Dogs Are Alright Please let the show producers know if you liked this story: Contact 'Need to Know'
Posted by Donna at 7:27 PM 22 comments:

We're happy to announce a special feature on PBS that will introduce some of our favorite dogs to the television audience. The show is called 'Need to Know' and it's airing Friday, January 21st.
Check here for the SCHEDULE in your zip code.

Journalist William Brangham came to us with a lot of questions about the status of the surviving dogs trom the Vick case. He and his crew spent many hours filming dogs including Jonny Justice, Audie, Frodo, and Hector. You'll hear from the owners of the dogs as well as Jim Gorant, author of 'The Lost Dogs,' several members of BADRAP and Steve Zawistowski of the ASPCA.

We haven't viewed it yet, but are happy to report that there will no gruesome dog fighting footage or interviews with PeTA in this show. Yay.

We expect this to be a sensitive, intelligent piece. Enjoy! 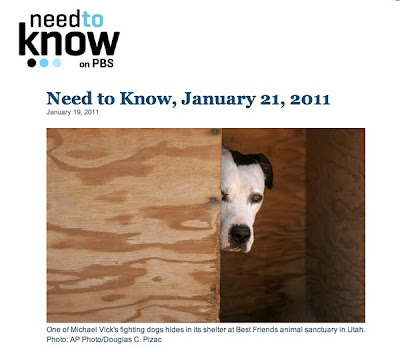 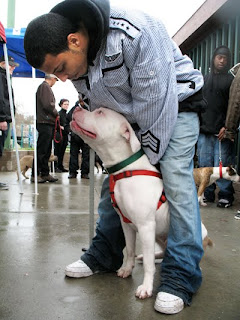 We're very pleased to report that our Pit Ed Camps will be back in full swing in 2011, thanks to a generous grant from PetSmart Charities®. In addition to the usual hands-on work with dogs, this year's camps will hold a very special focus: Attending shelter staffers will gain the skills to create owner support programs back home so their communities can embrace pit bulls and reduce the numbers of dogs being relinquished to overcrowded shelters. That will include learning to hold Pit Ed training classes as well as the outreach work (aka the 'Shots Fairs') we love so much.

Owner support programs are an important alternative to BSL and can be implemented anywhere. All you need is the right combination of go-getters who want positive change rather than the same-old spin cycle of failed dogs and political hand-wringing. It's time to change the status quo, people!

Best Friends Animal Society is working to identify the fifteen shelters that will travel to Oakland for this training. If you're local to the SF bay area, we'll need your help. We'll be accepting interns who can help in our rescue barn while the camps are in full swing. So keep your eyes peeled here for an announcement and call for applications.
We look forward to working with the many partners involved in this project. With many thanks to the ever-progressive PetSmart Charities and the connectors at Best Friends.

Below, a glimpse into what it will be like for the shelters who come to learn how to bring resources to families in their community. (Thank you Jasmin Singer for the video ... and the ABA Animal Law Committee for giving us a way to test-drive our working classroom with this event!)

Ginger knows a good victory when she sees one. She survived you-know-who and is living a gentle life in Monterey now with her person, Stacy Dubuc. We join them in celebrating the Packer's big win today. Thank you boys!! 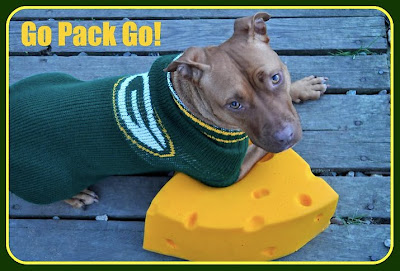 There is a timely review of Gorant's book 'The Lost Dogs' in SFGate today. Like just about every red-blooded, dog loving member of the media, writer Christie Keith is less than impressed with Vick's big return, especially after having read the book. She doesn't want vengeance though, she just wants people to know the nitty-gritty of MV's actions before waving the 'healed by jail and touchdowns' flag. Simple enough. She writes:

I'm neither a sports fan nor a social worker, and I freely admit that that I care more about his victims than I do about Michael Vick. But unlike many dog advocates, I don't want to see him put back in prison, denied his right to vote, kicked out of the NFL, beaten, kicked or bashed in the head. I certainly don't think he should be executed, as right wing pundit Tucker Carlson suggested on Fox News recently. I just think his defenders should read this book before deciding what they think about Michael Vick's big comeback.

It's likely that Obama missed the memo about Vick's sadism. I know - I know. Like you, we're over this whole thing and have banged our head on the wall plenty about our President's recent endorsement of the Eagle's profitable poster boy. It sucks to have to sneer at Obama for such a dumb move, of all moves!

No one has expressed this funk better than the Raised by Wolves blog. And Francis Battista of Best Friends offered this eloquent response that's been all around the Net. 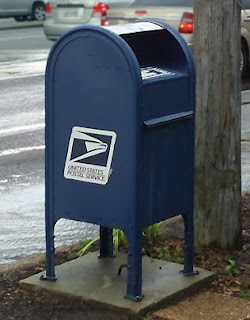 But before we walk away from this political wipe-out, maybe the thing to do is take Keith's lead and help educate our dear leader. After all, the White House website states that "President Obama is committed to creating the most open and accessible administration in American history." Rah. With that in mind, we're proposing that animal lovers with a few bucks to spare access that administration by sending a complimentary copy of the Lost Dogs to the first family. Maybe tuck a photo of your dog inside? or a personal note warning the Obamas to keep the book off their daughters' bookshelves for a few years? Couldn't hurt.

I've been intrigued by White House protocol for gifts ever since a friend wrapped up his nastiest shoes and mailed them to George Bush. So what would happen to your book if you were to send it to DC?

1) More book sales would help keep 'The Lost Dogs' high on the top seller lists. Good. 2) The White House would of course have to figure out what to do with your gift. According to the Brookings Institution, "Presidents and their First Ladies receive thousands of gifts each year, from large to small, from domestic to gifts from heads of state. Any gift not from a foreign official must be logged by the White House Gift Unit and managed by one of several domestic agencies."
It's fun to try and imagine how the Gift Unit would 'manage' a tall pile of books with Sweet Jasmine's face staring up at them. Would they distribute to random waiting room areas around the White House? Donate to local literacy projects? Destroy them all? Send a few up to the Presidential bathroom libraries .. or maybe a dog-loving intern would swift a few copies into the 'Situation Room?' Who knows - with some luck we might even spy one of the fire engine red books in the background of the next Lady's Home Journal get-to-know-you interview with Michelle.

Here's the address for your gift giving. And if you want to buy a fresh one, use this Amazon link, and BR will get a bit of change per sale. Let us know if you decide to support this project. Why not!
EDIT - HOLD THE PHONE! - More people than we ever imagined sent books to the White House after this blog post went live. A casual count tallied a minimum of 200 books sent. It seems that the large number reached critical mass a few days ago, and while the first few arrivals were signed for and accepted by WH staff (we're not sure how many), they are now turning others away. Mission Accomplished! Now what to do with all the books that are returning to their purchasers? We have a few ideas and will post asap. Thank you ALL for jumping both feet into this action. 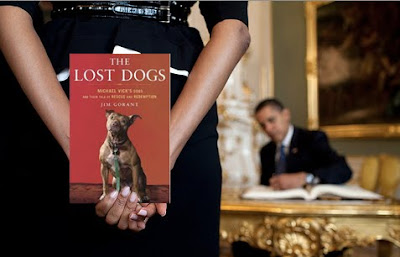 a true friendship and a good death 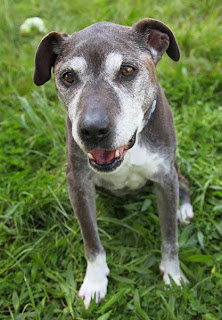 Bittersweet news from Kerry O'Connor - who said yes to a creaky little old lady dog plucked out of Oakland Animal Services as part of our compassion hold program in spring 2009. Kerry went on to adopt 'Gemma' as her very own. Photographs by Lori Fusaro

"I wanted to let you know that Gemma passed away on December 24. I always wondered what Gemma’s life had been like before she came to my house. She must have been an amazing young dog! She loved her comforts – blankets warm from the clothes dryer, snoozing on the sofa, cheese, scrambled eggs (I was always trying to put weight on that girl!) She didn’t mind taking baths, was great about getting her nails done, followed me around like a little shadow, and up until the second to last day of her life, served as my 'doggie alarm clock.' She was able to sense when 6:30am rolled around – but never did understand that weekends were different and that she didn’t have to woof me awake quite so early on Saturdays and Sundays. 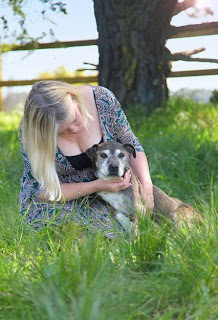 On Wednesday 12/22, Gemma feasted on tiny meals of chicken breast and baby food. She found a sunny place on the back lawn, and we sat together watching the leaves fall from my neighbor’s birch trees and the squirrels running on the fences. I couldn’t get her to eat or drink at all on Thursday, and on Friday she was becoming unsteady on her feet, and still wouldn’t eat or drink. She was alert and sweet, but I knew she was ready to leave, and that the kindest thing I could do was let her go.

The nobility of old dogs has always amazed me. Gemma had the look of a wise old ferret. The white fur around her eyes reminded me of a pair of spectacles. I also think about the huge numbers of our breed that never get the opportunity to be old dogs. You, and so many articles I’ve read, talk about how many of these wonderful dogs don’t make it to their second birthdays. Even the technicians at the vet mentioned it – seeing a pit bull type dog able to live to such a ripe old age. 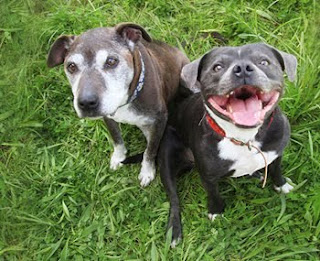 I’m so happy to have known Gemma, and to have had the privilege of being her guardian since April 2009. I know, as you do, that there are so many other Gemmas out there, who deserve a sunny spot in a peaceful home to live out their days, and if her story makes one person consider adopting an old dog, then all the tears that have been shed in the last few weeks have been well worthwhile." Kerry O'Connor

Sweet blessings to both Gemma and her devoted person Kerry. 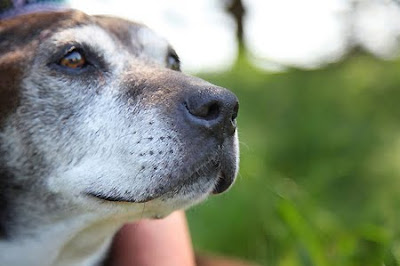