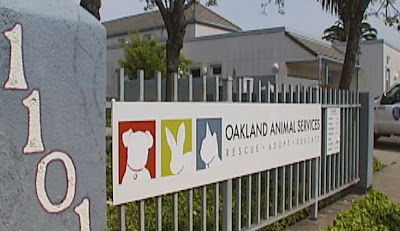 Dear Oakland residents: Your city animal shelter is in complete and utter crisis.

That’s not ‘new’ news I’m sorry to say, but things at our infamously troubled city agency just went from bad to worse when Oakland Animal Services (OAS) - a branch of the Oakland Police Department - announced that they are no longer spaying/neutering adopted animals before they go home. Instead, adopters are now required to shoulder the burden and the expense. From the OAS website:

ADOPT ***Please note our new spay/neuter policy*** Due to shelter staffing, we cannot perform spay/neuter surgeries at OAS. All adopted animals are still required to be spayed or neutered per state law. Adopters will have two weeks to have the animal they adopted spayed or neutered at a vet of their choosing, at their own expense. Our new adoption fees are $10 for cats and $35 for dogs. We hope this is a temporary measure until we hire new vet staff.

Food & Agriculture Code (Div 14, Ch 1.5., § 30520. (a)) states that "no public animal control agency or shelter, society for the prevention of cruelty to animals shelter, humane society shelter, or rescue group shall sell or give away to a new owner any dog that has not been spayed or neutered.” Link 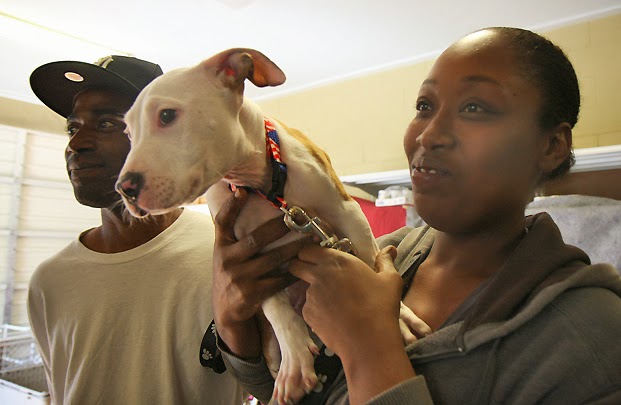 The state makes exceptions for animals that are too sick/weak to go under the knife, or towns/counties under 100,000 residents. But Oakland is a city of 400k+ with a population of dogs and cats that will be very happy to spike the number of unplanned litters once they leave the shelter. Why? It's not an easy fix: The average cost to spay a dog is between $250 and $450 at the busy VCA Bay Area Pet Hospital. Even with the best intentions, human nature dictates and many will procrastinate making the expensive appointment until 'accidents happen.' Who really wants the bother? The added trouble and expense of adopting from OAS will naturally send dog shoppers elsewhere, driving city animal adoptions down and euthanasias up. Shelter volunteers have stepped up to sponsor adopted pets’ surgeries and others are scrambling to secure subsidized help from other non-profits including the East Bay SPCA, Berkeley Humane Society and SFSPCA. Key word: Scrambling. Shelter supporters we've spoken with have been in tears since interim director Dan Cronin made the announcement. 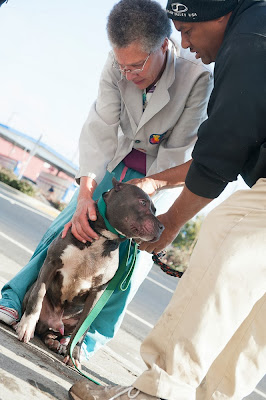 Here’s the dirty laundry: While under the management of the Oakland Police Department, OAS has long suffered from the stresses of severe budget cuts, a revolving door of directors, staff shortages, furlough days and restrictive shelter hours, high volunteer turn over and a tenacious housing crisis that has boomeranged into a steady flow of homeless pets into crowded kennels. Meanwhile, distracted city leaders who have their hands full with other compelling PD-related problems (LINK) have let OAS’ ongoing issues fall to the bottom of their fix-it list. Unlike our neighboring community of Berkeley where animal lovers shouted their city pets to the front burner of city leaders' agendas and succeeded in building a viable shelter-based lifeline for pets in crisis, the culture of Oakland’s city government and even many residents has just never been terribly sympathetic to animal issues. Hence, our crisis - We are a very broke city with a plethora of problems affecting humans and our pets are, well,  just animals, right?

This is where the cultures clash in Oakland. To many of us, animals are our family, our comfort, our obligation. Whether they live with us in the O-hills or in the most challenged neighborhood in East Oakland, they greatly improve our quality of life by bringing joy and companionship. They are part of what makes us human. They matter and we owe them our best. Beyond the pet culture, Oakland residents face difficulties brought on by too-few animal control officers on our city streets (the city has only ten officers and is currently attempting to hire two full time and one part time officer).

Yes, the city is broke and cranky about it, but designing solutions to tough animal-related challenges is not outside of the scope of our local imagination. The SF bay area boasts some of the most motivated and solution-driven animal welfare mavericks in the country, all of whom have been wringing their hands about OAS from the sidelines, and all powerless to intervene due to - you know- city politics. 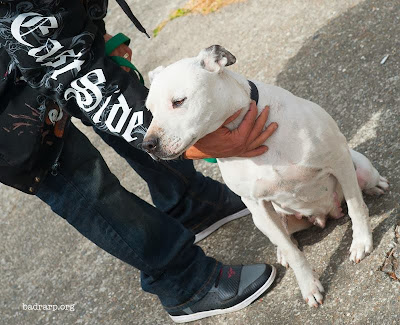 OAS has been without a director since March 2013, and the city has been dragging feet on finding a replacement. Two candidates are said to be going through background checks right now and one would hope that the city would hurry that process along. A post on Craigslist advertising the position of shelter veterinarian is less than inviting. The new vet is expected to work as an independent contractor up to five difficult days a week tending to the needs of compromised shelter animals, help investigate and build cruelty cases and serve the OPD K-9 unit dogs. All without job security or medical/union benefits.

Without an oversight committee in place to help chart the course and implement humane policies for Oakland’s animal issues, our city pets face a losing battle. Oakland needs a humane commission made up of capable leaders and area experts to guide the city in best practices for a new age - budget problems and all. We really can’t pretend the shelter is doing well in its current state. It’s being euthanized right in front of our eyes.

If you’re a SF bay area resident, please tell Oakland city leaders that animal lovers want an immediate response to this current crisis, starting with full compliance of the state law requiring spay/neuter of adopted shelter pets and a vigorous effort to bring effective leadership to this important and badly neglected corner of our city.

Post City Council Meeting EDIT: With counsel woman Libby Schaaf leading the charge, the Oakland city council has agreed to move forward with exploring ways to move the city shelter out from under OPD management. We will update as we have news. Thanks to all who presented their views to the counsel.

The Oakland city council meets the second and fourth Tuesday of the month - this week! Please attend and submit a speaker card to get your chance to speak for one minute. Link