The COUNT DOWN! Oct 1st. One lucky animal shelter will be named. 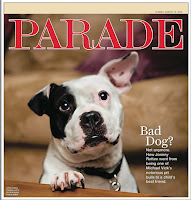 October 2017 marks the ten year anniversary that the 'Vick dogs' were finally allowed to leave Virginia and start new lives with their advocates. Before age steals the last dog away from us, sculptor Tim Racer, who helped evaluate, train and re-home the dogs as a representative of BADRAP, is commemorating their history-making lives by creating a one of a kind life size carving of Jonny Justice, (left) one the surviving dogs who is still going strong.

But where should that carving live?
To give it a home where history lovers can enjoy it, we've asked advocates to help us select one lucky animal shelter to be the official guardian and permanent home of the finished piece.

On October 1, tallied votes from our Shelter Dog Celebration Calendar Contest will signal the winner. 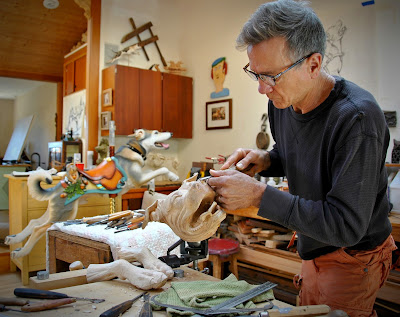 Who's Who? The Shelter Line-Up:

The shelters who are vying for the carving represent a Who's-Who of progressive policy and pit bull advocacy.  They include:


The Montreal SPCA: advocates on a mission. They're currently challenging their city's breed ban in court. When the city announced plans for the breed ban, the Montreal SPCA adjusted their city contracts with a refusal to seize or hold dogs under BSL (breed specific legislation) and started working to transfer endangered dogs to safe, breed-neutral locations. A win for the Montreal SPCA would help celebrate their commitment to humane, breed neutral policies that treat all dogs as the individuals that they are.  To vote on their contest photo.

Lucas County Canine Care and Control in Toledo Ohio. These history makers evolved from a shelter notorious for it's no-mercy "kill all" policy towards blocky headed dogs perceived to be pit bulls, to a place where every dog is given a fair chance. Their new and enlightened approach to helping dogs boasts a new volunteer program, play groups for all dogs, adoption events and increased public access to the shelter's larger dogs. To vote on their contest photo.

Sacramento County Animal Care and Control welcomed the PB SOC program, which is responsible for running playgroups for all the larger dogs, advertising with glam shots and individual web pages for each, adoption counseling, post-adoption behavioral support, and a rehab program for the shy, fearful, and not-as-social dogs. To vote on their contest photo. 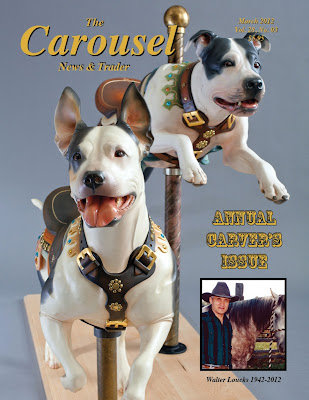 KC Pet Project was founded to take over KCMO shelter operations and by doing that, ended breed specific shelter policies once and for all. Their non-discrimination policy for both pets and people, ensure that every life that enters our shelter gets equal consideration - no matter what the breed, species, age or physical ailment. To vote on their contest photo.

Berkeley Animal Care Services, where many of the Vick dogs attended their first training classes, is also vying for the sculpture. BADRAP has been part of BACS' legacy since first partnering to provide handling classes to shelter dogs and adopted dogs in 2001. To vote on their contest photo.

Funds raised for this contest benefit BADRAP's foster care program - specifically, our Hurricane Irma relief work. Please keep your eye on the progress and help us select a shelter deserving of being guardian for Jonny Justice's legacy. CONTEST

Above: Tim has made a name for himself as a carver in the carousel world. His museum quality portraits are hand carved from basswood in old school techniques and capture each dog's unique personality through the pose, gesture and saddle trappings. More of Tim's work.
Posted by Donna at 8:55 AM No comments: