When is a bust dog just a shelter dog? and does it really matter?

There is a lovely article in the Santa Barbara Independent this week about a beautiful shelter dog turned therapy dog diva (Daisy!) who came from one of our partners, the Berkeley Animal Care Services. 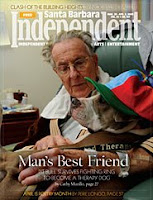 This is the same BACS that recently opened its doors to two bust dogs we plucked out of Oklahoma.

I hate to quibble with such a winning piece, but the myth buster in me has to iron out a couple of items: Contrary to the article's provocative headline, there was no evidence that Daisy came from a fighting ring, much less that she was a bait dog. Really, no nuthin.' Daisy may have shown up with old battle wounds - marks that are common enough with unhappy misadventures, but are not a true sign of organized dog fighting - in the SF east bay especially. 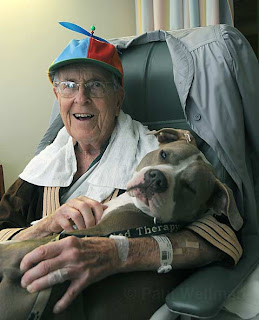 The hype (we don't see much organized dog fighting in CA) is annoying because it steals away from the truer story of a shelter dog who dun good. But, hey. Either way, the cover photo and story of Daisy's therapy work is fabulous and worth any well-intended speculation about her past. Kudos to her adopter for making her a super star.

This all leads to a burning question. What does it matter where your dog comes from as long as it's a good dog that fits your lifestyle?

Vick dog Hector doesn't care about his chest full of fight scars, so - really - why should we? His attributes are his temperament, stellar behavior and committed owners - not his appearance or former address. The only reason his scars are note worthy is because they remind us that generalizations once applied to bust dogs were way, way wrong.

We're hoping that animal welfare minds are getting ready to drop the useless hamster wheel "Should they or shouldn't they be saved?" banter and zero in on better questions after any given bust, especially: 1) How many of the dogs have what it takes to mainstream back into the real world? and 2) What kind of shelter/rescue resources are available to help those lucky few? And when I say resources, I don't mean the 900K+ dollars set aside to help the Vick dogs.

From the SB Article: Humane Society officials are wary of all the publicity generated by the Michael Vick pit bull matter. Yes, many of the dogs were turned around to live happy, normal lives, but the effort cost a lot of money. 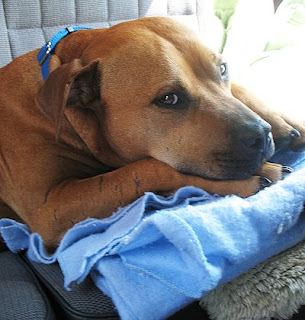 ...And BAD RAP officials are really wary of the droning on about the restitution money awarded to the Vick dogs. Let's make this perfectly clear, the TRUE resources needed to help cruelty case victims are human resources. Specifically, the hearts & minds of the underpaid but savvy shelter workers and rescuers who do the daily work of selecting the right dogs for their programs and then acclimating them to real life - always on a shoestring and quite often, with the support of their donors. The labor of love that we see with rescue work gives new meaning to the term spinning straw into gold.

At one time, we were all dealing with straw with the Vick dogs. Despite reports of a million dollar purse, groups that signed on to help were forewarned by the feds that Vick might go belly up bankrupt before paying his debt to the dogs. I don't know of one group that pulled out when faced with the possibility of going out of pocket for the dogs ... That would be, so very un-rescue like. Instead, each group signed a contract with the OIG that included this stipulation:

It's a rub to read multi-million-dollar-budget animal welfare groups cite cost as an obstacle to saving lives from cruelty busts, especially while small non-profits faithfully piecemeal successful rescues together on peanut budgets as a matter of course. 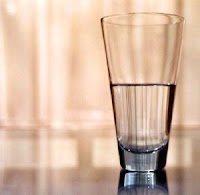 A truly humane society has to move beyond the glass-half-empty rhetoric and ask the Big Kid questions: How do we best meet the needs of abuse victims that are depending on all of us? .... And on those occasions when our collective efforts fall short, how do we give the dogs a compassionate and dignified end without blaming breed, bloodline or - dog forbid - their address for their circumstance? While I'm at it, it sure would be nice to see more support and less second guessing so seasoned rescues can just do their friggin' job.

Kinzie here is an example of us 'doing our job' to save a few lives with the support of county authorities. She was one of the few survivors of the infamous 2008 raid outside Tucson, Arizona - the Pat Patrick bust, to be exact. The raid raised it's own monster controversy on the Net, as the dogs' owners were later acquitted of all dog fighting charges, but not before they signed their dogs over to the county to be rescued or destroyed. Controversy be damned - the dogs were set to die through no fault of their own, so a handful of rescuers responded to the county's request for assistance, and about 15% were able to get a second chance.

So we have myth-buster Kinzie - a dog from the renowned Patrick bloodline - who's now a socially mature, dog-friendly imp mowing spring grass in a SF backyard alongside her new 'brother' chihuahua. Her success isn't an accident by any means, but started way back at the shelter and involved a couple of days of sifting through all the personalities from the bust, selecting the dogs that best fit the waiting adoption program(s), then getting to know them better as they healed and decompressed in foster care. Then finally, their adoption placements came about after sifting through inquiries and deciding on the right home for each dog .... All common sense stuff that seems rather mainstream and even a little pedestrian to those who can walk though the process in their sleep.

The funny thing is, had Patrick been convicted of dog fighting, Kinzie would be considered a true fight bust dog. But since he wasn't, she's just another owner surrendered pit bull who faced certain death in an overcrowded shelter. Huh.

In essence, bust dogs are, really, shelter dogs. And shelter dogs - like Daisy and Kinzie - may or may not be dog fighters' dogs. And dog fighters' dogs like Hector may or may not be true fighters. And seasoned fighters like Georgia may just be the perfect pet in a smart and committed home. Hairsplitting definitions could fill a thousand blogs, but the bottom line is, IT DOESN'T REALLY MATTER where a dog comes from. All that matters is that, when a good dog needs help, a good rescue (or shelter) should be supported for bringing them the right kind of help. 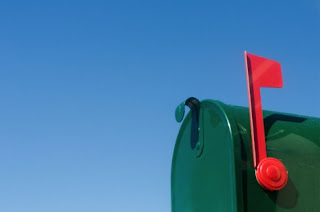 From the article: “You don’t hear so much about the abused and neglected dogs that get euthanized. Not all dogs are able to recover from traumatic circumstances." - Adam Goldfarb, HSUS

Indeed, Adam. And while the shelters are rockin' full of abused & neglected dogs - some of them beyond our ability to help - bust yards are equally full of steady, resilient dogs that shine on despite their past. The only difference we find when sifting through a large grouping of homeless dogs-in-need continues to be their address.

Welcome Home to Kinzie and Daisy both, you controversial little rebel rousers.
Posted by Donna at 11:48 AM

Your article brings me to ask about the HSUS policy on dog fight busts. I've been reading that they are changing a stance they previously had (requesting automatic slaughter of such dogs). There is conflicting info out there tho. I am about to embark on a project for which I may rally around the HSUS but I don't want to support them if they support this type of killing. I trust you guys as intelligent and honest so I wondered what you knew. Thanks.

Gigwriter - We're optimistic about change, but cautious. I think we'll all have a better feeling for what's in store for bust dogs after our meeting with HSUS staff in April.

I agree. Good practices like vet checks and thorough and reliable behavioral assessments negate the need to be subjective and nit-picky.

It's just politics, and it's all so irrelevant when it comes to finding the dogs their forever homes.

Excellent thoughts and photos. Thank you for the wonderful blog.

Thank you Donna for another awesome blog and like I seem to find myself telling people all the time.."at the end of the day..a dog is a dog, no matter what its bloodline or where it came from..all they want is our approval and love "
Hats off to you and all the rebel rousers we get to read about in your blog and to the ones we are so lucky to come in contact with here in Tampa Bay!!
Dog Bless us, one and all
CJ

i hope the april meeting goes well and that with bad raps resilient amazingness they can bring much needed change to the attitude so many have toward "bust dogs" or shelter dogs who happen to be pit bulls. it is just so prejudiced that these dogs dont get a chance. i too tell people constantly that dogs are individuals. and though some may need more guidance than others, not a single one should be dismissed strictly due to the address he came from, or the way he looks. wonderful blog donna, good luck with the meetings and keep us updated. ps everytime i see hectors face i fall in love. what a guy!

"i too tell people constantly that dogs are individuals. and though some may need more guidance than others, not a single one should be dismissed strictly due to the address he came from, or the way he looks."

Thanks for another great blog entry, and for identifying BACS, the mysterious "shelter affliated with BadRap" in the SBI article, by name. (Love that positive reinforcement!) The article is lovely but I have to add another little quibble: Daisy was found here in Berkeley. I know, a solid middle-class neighborhood, where she hitched a ride to the shelter with a good Samaritan, doesn't quite have the romantic cache of the mean streets of Oakland but it is important to note that Daisy's story could have begun in Anytown USA, not just a big bad urban warzone. Pibbles are in dire straits in every jusrisdiction I've ever been to or heard of. Thanks again for the entry.

ah! I wondered about that. Especially since an Oakland stray would technically go to the Oakland Animal Shelter. Artistic license is a breezy thing in the media.