We call her No Nose Nelly around here cuz we can’t help it – We just like the way it rolls off the tongue to begin another Nelly song. Hey – it’s better than Dragon Lady. 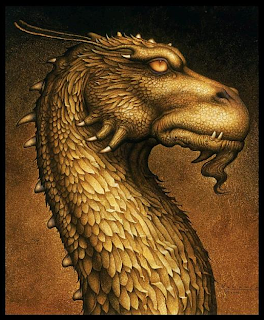 She went in for surgery last month to see if we could open up her nasal passages enough to help her be able to breathe better since she was born sans nose. Two pin-prick holes was all she had. But her blood work said 'not now.' Her white cell count was too high and it wasn’t a big surprise since she had recently gotten over the pneumonia that she contracted while out in the yard of that freezing Oklahoma death pit called home.

We put her on antibiotics for two more weeks, sent her back to San Francisco with foster mom Reagan, and hoped she would heal. Then brought her back to the vet for another attempt at surgery, a procedure similar to what the genetically maligned Pugs and Frenchies go through to open up the airways to their nasal cavities. But once again, her white blood cell count was just as high as before, even though her energy level was better than ever.

So, to operate or not ? Not to be morbid, but seven dogs dropped dead from that yard before rescue efforts were completed. But not Nelly. Born without a nose and bred who knows how many times; starvation, freezing cold, and pneumonia couldn’t kill ‘er. I thought there is no way she won’t make it through surgery at Creature Comfort Vet Hospital where they practice holistic medicine and do acupuncture before they even pull out the scalpel. So let’s just get it over with, and while she’s under, check to see if she can breath fire and have her spayed too.

Well, our Nelly’s doin’ well. She’s healing fine, her energy level is good and she’s not part dragon after all. But unfortunately, not a lot could be done to help out her nasal passages - They were too narrow all the way to the sinus cavity and cutting away bone would have been too radical, even for our tuffy. The pin-prick holes are now longer and we hope that will at least give her a little relief once the swelling is all the way down.

Thanks for the emails from everyone who has a soft spot for our special little 34 pounder. Her tail’s waggin’ harder than ever!

Oh my goodness, every time I see this girl I want her more and more. I MUST learn self control since we already have three, one of which is a special needs dog already. I just love the strength and heart that I see in Nelly's eyes. And, I have to agree that she kinda looks like a little dragon. She's beautiful inside and out!

whoa nelly, sorry i just had to type that. she is such a sweetie and what a survivor. she reminds of a female version of my boy darwin, same color and those white toes. except darwin has a functional nose and he weighs a bit more and has lived a life of being pampered and spoilt. its good to know nelly is doing well. i was wondering when we would get an update about her. maybe i read over it too fast but i didnt hear a mention if she was spayed or not? sinus issues or not, she looks happy as can be. as if she has hit the doggie lottery compared to her former existence. good luck nelly, you look beautiful.

Replying on this glorious St. Patrick's Day. May all the pubs around the world be singing your name and raising the pints wishing you well.

Recover quickly and savor every smell, snort and breadth.

I'll be checking-back on you,

Thank you for keeping us updated on this little gem. I think that she is absolutely perfect the way she is. Her strength is amazing.

Thanks for sharing her with us.

Glad that Nelly came through ok.
She`s a heart tugger to be sure,just like Frodo and the other special needs dogs.
Amazed at how good she appears post surgery.
I guess it`s just us humans who get all twisted up over the prospect of surgery and recovery.
Doesn`t seem to phase the patients all that much.
There`s a special person for this special little girl.
Their hearts will find each other.

Noses are way over-rated anyway...especially when you have such a beautiful face and sweet disposition! I'm glad Nelly is recovering...I was worried about her!

Thank you for the update and thank you for everything you do. We're sending good vibes from Minneapolis.

Ever since Nelly's surgery last week, I have checked the blog at least three times a day, every day, hoping for her update. Thanks for letting us know how things went. Funny how attached I seem to get to these dogs I've never met..............

So glad everything went okay. Here's hoping the improvement will make Nelly's life even more full than you've already made it by rescuing her. She sure is a cutie.

Sweet Nelly,
I love your little noises! I wish you all things lovely and good! xoxox

Ah, Nelly. You are such a beautiful lass, even with your bad ear crop and missing nose. I could see me and Boris snuggling up with you in bed anytime. Note to self: Must get a bigger bed...
Nelly is such a trooper. Thank goodness she made it out of the hellhole she lived in and is now safe - even if she can't breath well out of her nose. I still think she's beautiful and wish I were close enough to give her a hug. So, virtual hug to Nelly please.

Go snorty is right. That little girl makes a plethora of noises and now has some extra ones with her slightly new structure. Squeaks, kitten noises, and things sounding pretty much alien. I'm sure a sound engineer would love to have them recorded for the last episode of Battle Star Gallactica.

And yes, Nelly was spayed.

I love her just the way she is.

There is such a palpable softness about her . . .

There is such a palpable softness about her . . .

That is one cute little girl!

I wonder if her and Boomer are related. He is 37lbs but has a regular nose.

Lookwise, who cares! But her difficulty breathing is sad - and to think people purposefully breed dogs with this problem!