Many congrats to her proud people, Bruce and Alven. 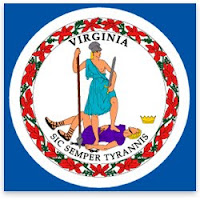 We like it when good things happen to good guys. Assistant US Attorney Mike Gill, who prosecuted the case that put Mike Vick in jail, earned a big promotion recently and is now the deputy criminal chief in the Richmond office of the U.S. Attorney for the Eastern District of Virginia. We embarrassed him by sending him a bouquet of flowers after Judge Hudson approved Mike's recs to send the dogs to rescue, (I forgot ... you're not supposed to 'gift' federal employees) but he really did deserve those flowers, along with so many other heroes.

Mike was interviewed for Jim Gorant's book "The Lost Dogs: Michael Vick's Pit Bulls and Their Tale of Rescue and Redemption," which is due out in September, 2010. 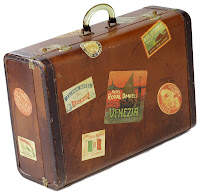 We're filling up our schedule for 2010. BR will be representing the breed at the NACA Conference (National Animal Control Association) in Columbus Ohio May 21-22. We'll be back east to present at the ASPCA's Spay/Neuter Summit late summer (dates to be announced) and then to Nashville TN in September to present on pit bulls at a smaller two day 'Pit Bull Summit' organized by the Nashville Humane Association. Stay tuned for firm dates/locations for these last two events.

And yes, before we get too busy with all of that travel, we plan to have a party to cut the ribbon on that barn you're helping us build!
Posted by Donna at 3:14 PM

Please keep us (me) posted about East Coast adventures. I'm attending the No Kill Conference here in DC, and would love to go to the ASPCA conference if it meant I'd get a chance to meet you. Last year I got to meet Ledy and Rebecca (and Karen Delisle) at the No kill. Most of Rebecca's presentation were pictures of Bad Rap dogs. I'd also give you a custom tour of our state-of-the-art shelter.

Thanks Dianne. The A is looking at dates at the end of August for the S/N Summit. I love having such a good reason to visit NYC!

Now NYC I could do! But Ohio...don't people with pitbulls in their cars have to make a wide detour around that state?

Now NYC I could do! But Ohio...don't people with pitbulls in their cars have to make a wide detour around that state?

Donna, there is some BSL trouble here in Fla. Our county's ACC head (Diane Suave) haas mentioned training classes for pit owners, as something she may institute, I will be passing some of your info on to her. I hope Palm Beach County can fly you here to train some trainers. YOU, 9and Tim) are simply the best!

I'll look for her email, wouda. Thanks for the heads up and the vote of confidence. We've been talking about needing to get back to FL to meet up with some advocates there. Seems the time is getting closer.

SO thrilled you will be in NYC - but of course I will hound you (pun intended - haha) to visit the notorious Animal Care & Control - which handles 40,000 animals compared to the ASPCA's 1500. YAYAYAY! Can't wait to have Bad Rap here!

I have never quite understood the pit bull breed. you hear so much negative information out there. I'm thinking it has more to do with the owners than the breed.
Am i correct in my thinking?