"Pit bulls are not inherently dangerous."

That's what Ohio courts all determined in Tellings v. Toledo .

Of course, we already knew that. 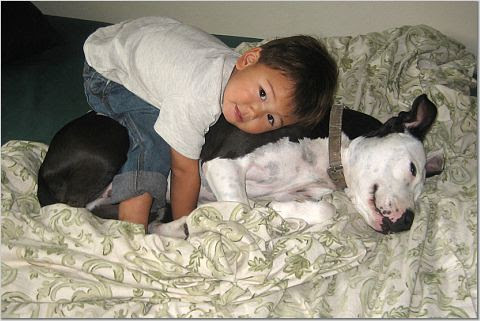 The Ohio appellate court's opinion included lengthy and logical reasoning based on the entire record before it, and gave us hope that finally, the judiciary was going to stop believing the myths and unsupported maligning that this breed has endured for much too long.

Then the Ohio Supreme Court reversed, basing its rulings almost wholly on the testimony of a dog warden, and brushing over the fact that the trial court found that the breed is no more dangerous than any other breed. It's especially absurd in light of the fact that the record in both the trial and appellate courts contradicts the Supreme Court's recount of testimony. The opinion reads as if the court was determined to find a way to get to the result it wanted, as opposed to analyzing and applying the law to the evidence.

Deep, long breaths. The Ohio case was so close to being a big victory for all of us, and we are so grateful to all those who worked so hard to support Mr. Tellings.

The silver lining here is that the two of the Court of Appeals judges and the separate, concurring opinion of the Supreme Court judge took great pains to express their differing opinions, stray from the crowd, and not blindly buy into assumptions that were not supported by the record. It may not seem like much, but the dissension here wouldn't have happened years ago. The pit bull community's education and outreach efforts are making a difference. Although the end result of Ohio is a loss, the meaty middle – the part that finds the breed not inherently dangerous or vicious, and that there's no support for the proposition that pit bulls bite more frequently than other breeds – is a significant step forward for us, and a judicial concession that we should use to our advantage in the ongoing fight against BSL.

Politicians and the judiciary are recycling the same erroneous and political beliefs to support the implementation of BSL. It's a vicious cycle that has to stop. In a society that thrives on shock-value and fear of the unknown, it's surely an uphill battle. But we have to keep working to shift the public mind away from perpetuating myths and assumptions, and toward focusing on reality and facts.

The tide can turn and the time is now.
Posted by Christine at 4:53 PM

Such trials! Thank you for reminding us that we need to stay patient, stay on course and look for the positive, Christine. We sure love your measured optimism around here.

Seeing Tellings overturned was bad news for so many pit bull people. To beat back the funk, I did what any good American does when she gets in a funky mood. ...I went shopping at the shelter for new pit bulls. It's a great cure for the BSL Blues.

I so appreciate your 'between the lines' information. Reason for hope. Hopelessness is, afterall, not an option.

I live in Ohio and this has been hugely devastating to me and my family. We're petrified that our city will enact ordinances that will affect our dogs.

It's just so damned frustrating.

I agree with Donna. Getting another Pit Bull, shining him up, getting him out in public and showing him off with some good manners to the public is the best remedy for all.

I find it strange how you censor the comments placed on this page. It seems that if it does not fit your agenda you choose to remove it. I call you a hypocrite - once again if someone opposes you, you move to silence him.

We screen out spam, profanity and anything that smacks of a personal attack on our family members. However, we welcome respectful dialogue and debate.

I believe that the pitbull is not inherently dangerous. But the enviroment the pitbull is raised in can affect the way it interacts with and treats ppl. This goes true for any dog, but because the pitbull and other similar "viscious" dogs are usually the ones that end up being trained as "Prize-Fighters" or as watch-dogs, they are the ones targeted by laws.
I think that until these dogs are treated more humanely by ppl there should be laws and restrictions protecting them. For example, don't look at a dogs history, look at the owner's. If the owner has a history of dog violence or being involved with dog fighting, they should not be allowed to obtain those dogs. Anyone who wants a pitbull, rotweiller, etc should have a license.
I think it should be made more difficult for just anyone to have these types of dogs...

Talked to one of my clients today about why profiling was not a good thing. He has a slow time in understanding this even though he is fighting alcohol addiction and is somewhat aware of stereotyping. I have to be discreet and go in the back door but manage when I can to use the Bully breed as an example of how dangerous profiling is to any of us. I love my Gracie girl. She is a beauty and I think what is referred to as a "Boot Scoot." She has big head and big chest and short legs. She is the baby of the rest of my pack of six and best friends with the old man dog, Beau. Thank you from my heart BADRAP. This is the most beautiful website.