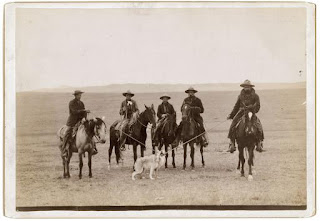 KC Dog Blog has been steadily reporting some BIG news out of Ohio. Toledo has had a reputation as being one of the country's biggest death camps due to a decades-long no-mercy policy that not only barred pit bulls from surviving the shelter, but permitted dog wardens to enter private property to seize - and in most cases destroy - dogs they believed to be pit bulls.

Incredibly - according to the Toledo Blade - the city paid the warden's office a 'bounty' of a $100 for each citation they wrote against pit bull owners, which as Brent Toellner explains, was certainly an incentive for Toledo's hyper-focus on punishing pit bulls.

Last year, Lucas County took in and killed over 1000 'pit bulls' -- which could have meant up to $100,000 in incremental revenue for the dog warden's office... - Brent Toellner, KC Dog Blog


This news comes to light as historic bad guy and committed pit bull hater Tom Skeldon - Chief Dog Warden for Lucas County - has agreed to step down from his position thanks to public pressure. More recently, Ohio's BSL (breed specific legislation) was found to be unconstitutional by a Toledo municipal court judge.

Skeldon has done an incredible amount of damage over the years, not only to innocent dogs and the lives of committed families, but his mindset has certainly influenced and infected 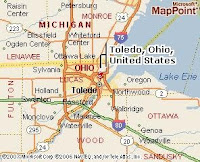 some of the animal welfare community. We were - what's the right word? - horrified - when he was invited to sit on a panel that discussed pit bulls at the Society of Animal Welfare Administrators (SAWA) yearly conference in 2006.

Skeldon's bio for the conference: Thomas G. Skeldon is the Chief Dog Warden for Lucas County, Toledo, Ohio. Through the advocacy of stronger laws, judicious use of the local media, and strict enforcement, Skeldon has worked vigorously and successfully for the last 20 years to combat the problem of vicious dogs in Lucas County.

Ohio state law defines pit bulls as a vicious breed, which makes them very popular with bad guys who love the idea of owning a vicious animal, and nearly impossible for committed owners to own. We're thrilled that the tide is slowly changing for pit bulls in Toledo especially and things are looking UP, but dog advocates have years of work to do to undo the damage done to the breed in Ohio and beyond.

Photo above of bounty hunters roping a wolf compliments of Howling for Justice, a blog that follows the persecution of the gray wolf.
Posted by Donna at 10:34 AM

Shame on you Ohio!

That is incredible. I am so sad that so many people have pure hatred towards the breed. Pit bulls have no chance - back yard breeding increasing population and then we get people like Skeldon offering "rewards" for dog seizure from families. Thank God I live in California - sorry Ohio.

Shocking, but not so hard to believe. Inhumans...As for Ohio, I hope things change sooooooon!!!
Twink!

I grew up in Cleveland (not far from Toledo) and was so sad once I started learning about how my state treated these dogs. I'm glad things are at least starting to turn. It's depressed me for a long time.

I just wish politicians would target the owners of problem dogs of ALL breeds, and not target Pits and Rotts. These dogs aren't born mean...they learn it.

I didn't have the names of the people or specific organizations involved, but I was told long ago with my first pit to not even drive through Ohio with my dog. I was told that if they saw her in my car, or rest stop, or anywhere, and deemed her "dangerous" that they'd take her from me.

Haven't been a fan of Ohio since. Passed up opps to visit a friend and all because of it. And I may have even spit out the window on my road trip (with no dog) to Detroit. . or maybe I just wanted to.

Glad to hear there's a ray of hope shinnin there!
Thank you for the news!!

Skeldon appears to have broken the law,surely like any other criminal he should be prosecuted.

Wow, I have never heard this! How sad! I'm so glad to hear that people are finally gaining strength in Ohio, it will take quite some time, but it starts with one person!

Not all of us are like that. The majority of Toledoans have worked hard to change things and to get Skeldon out of that position. We also work to fight against Ohio's other dog-related problems, like puppy mills and dog auctions.

I own a dog daycare just outside of Toledo. We have several pits and pit mixes who come to play and are perfectly behaved ambassadors for the breed. We have a rescued bull terrier mix that comes who was pretty out of hand initially, but with a solid homelife, and consistent humane training, he is one of the staff's favorite playmates.

Alpha ,Am I correct in assuming that Mr.Konop has been very helpful in the removal of Skeldon if that is in fact so,help him become Mayor and get rid of the other two it will help the animals a great deal.
Keep up the good work we will beat BSL and Animal abuse.

Yes, Ben Konop has had quie a bit to do with it, along with the newly created dog warden oversight committee. Unfortunately, Mr. Konop did not win the mayoral seat.

Look how intimidating Sam, the white pit, is. She gets scared away by a Shi-Tzu/Maltese mix.

I live in Ohio. We are fighting for this breed 24/7 and we are proud that skeldon is finally out of there! He is evil. We are on our way and things are looking up for Pit bulls. We will never stop fighting for these dogs!

On another blog, someone was talking about the fact that Ohio has no laws governing the care of animals in shelters and rescues. Hopefully, things will start to improve for all of Ohio's animals.
Thanks to all of you who are working hard to make that happen.

Boy that seems like an irrational response to fears of pits. Leave it to governments, whether they're local, state, or federal, to really jump the gun and overreact. Sadly a byproduct of that irrational thinking is corruption. And bounties sounds a little corrupt to me.

I can’t believe that there are actually people who kill dogs for money. Poor pit bull dogs! I am not an owner of that breed, but in a way, I seem to feel the discrimination they’re experiencing right now.

Hope they removed his Ugly Sister from the council,they both should be jailed.