Quaking in the heart. An uncanny season of loss. 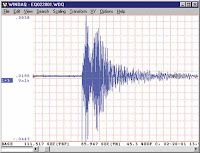 It makes no sense to our mortal brains, but the earth and stars seem to have decided to open up and shake the living hell out of us this past week. The sheer number of souls that have been taken from Haiti is mind-boggling ... I'm sure we're all twisted in knots as news reports on this terrible tragedy roll in. What's going ON? Did someone, somewhere predict this gut wrenching time of transition? Sun conjuncts Moon’s North Node and Venus conjuncts Moon’s North node on January 11, 2010 This is a time when you should be wary of the unknown; things won’t be what they seem to be during this period. 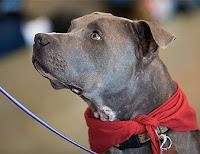 On a lessor scale, many of the activists among us have lost their friends during an uncanny number of passings of special canines in recent days. Maybe the high price of reaching a tipping point is that, finally, the teachers that came to knock some sense into us are free to leave? Simon, as you know (and holy cripe - thank you for all the messages of comfort ... they meant the world to us.), but some other big personalities have left in the wake of this otherworldly shift... 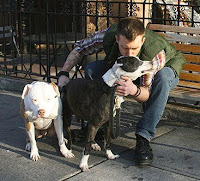 Author Jon Bozak (left) lost his boy Demo last week and we're all so sad for him. It's not often that dog and man come together to fuel a revolution of the heart. Demo, as many know, was the subject of an influential book that every pit bull owner in the country probably has (or should have) on their bookshelf. Our deepest regrets, Jon.

We were also so very sorry to learn that diehard BSL-fighter Andrea Kilkenny lost her beloved dog Scooby at nearly the same hour. And close to BR roots, we just received news that a BR alum - the eternal frat boy Buzz - died of liver failure just yesterday.


A teacher affects eternity; he can never tell where his influence stops. ~Henry Adams 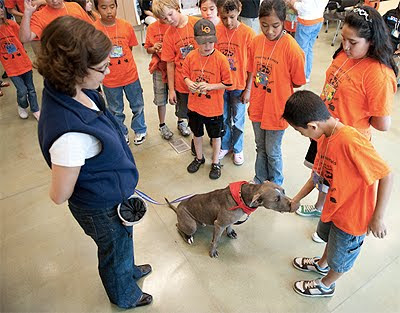 Buzz (above), like so many of the dogs that inspire and change us, had a larger than life personality that caused us as much headache as glory. He started out as a leash reactive bad boy and, under the tutelage of his fosters-turned-adopters Jaime and Ron, went on to become a mighty fine ambassador who educated thousands of school kids with lessons in humane education as well as empathy for pit bulls. This memorial to Buzz says it all (and his Happy Endings story is definitely worth a re-read).

The earth shook loud when these dogs left the planet. Godspeed to them all and much gratitude to their people for sharing their teachers so selflessly with the rest of us.
Posted by Donna at 8:32 PM

Holy waterworks. I'm a mess after watching Buzz's tribute. I just wanted to say thank you to all the dogs (and their families) who have been plowing through the darkness all these years - we're following in your paw prints. Our hearts are with you all this sad January.

It's amazing how sometimes so many awful things happen at once. Or maybe it's life's way of saying "take life by the leash, you never know what's around the next tree; get out there and enjoy it!"

My deepest condolences to everyone who lost their best friends. And my heartfelt thanks for opening your homes and hearts to these guys, for seeing their potential, and for helping them realize it. You saw something special in them, and they saw it right back in you.

I'm so sorry. What a way to start a new year. I'm sponsoring one of the sled-dog huskies in Simon's memory and will send you a picture when its official.

This week my heart grieves for those beings that I don't know...those in Haiti, and those beautiful dogs that teach us humans to be more loving beings. May each of the lives lost spur us to action, in any and every way, to lessen the pain and suffering in our communities and world. Today, in honor of those lost, I'm going to hug my pitties every hour, put together a care package for my local shelter, and make two donations - one to BadRap and one to Haiti rescue.
Cathy in Atlanta

May memories of the compassion and bond that you have with your companions help bolster you through your grieving. They say our heart breaks with these losses to allow them to grow bigger. All those who have been touched by your dogs carry-on their spirit.

Rescue in Haiti,
To see the poverty magnified by the earthquake is to realize that our sharing of our wealth needs to reach deep and far. One can only imagine that pets and street animals suffering along with the expaned homeless.

Earthquakes and natural disasters remind us how little control man has over this world. As we learn from our bully friends, rescue must begins before the disaster - in preparation, participation and perseverance.

Keep your faith, stay committed to your hopes, and remember the greatest of all remains charity,

(OK Donna, it could be strange ether, the recognition phrase for this response was "UPHIL"".)

Buzz, Demo, Scooby...you'll be missed. Sorry, Mommy and I just watched the memorial and we're both leaking big time now. Way to live!!! Until we meet again.
Twinkie

My deepest and most heartfelt condolences to all, albeit belated. Traveling for the past 10 days, I have only found out this morning of the earthquake, and only tonight of the heartbreaks of losing these wonderful dogs. A sad day, indeed. Rest well, friends.

It has been one of those times where so many dogs have passed. Demo, Buzz and Scooby - shine on. The only comfort I get from these dogs passing is that they, along with Simon, my beloved and dearly missed Juno, can welcome in the pooches from the euthanaia list that seems to get worse and worse every time I look at it in NYC.

I'm sad for all the canine friends we are losing. At the same time, I know they have left behind some very special things in our hearts and minds. Scooby was my first pit bull, my first dog and will always be special to me. She brought me into the world of pit bulls, of animal welfare, and because of her I had the chance to meet many great people and their dogs. Hug your dogs tightly and cherish them while they are here. Each has his/her own special gifts and things to teach us and share with us. Much love....