The event is a fundraiser for BADRAP, the Oakland-based non-profit that participated in the landmark animal welfare case through the evaluation, rescue and recovery of Vick's former dogs. BADRAP brought 13 of the dogs back to the SF bay area after a federal judge in Virginia cleared their release. All of the dogs - including Jonny, Teddles and Uba - have been adopted by local families. Each dog has earned his Canine Good Citizen Certification and Jonny went on to become a therapy dog, helping learning disabled children find the confidence to read. 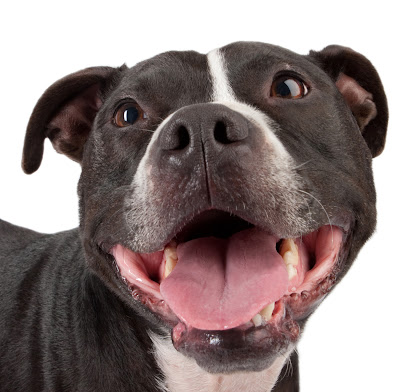 Philadelphia-based portrait photographer Melissa McDaniel first spent time around pit bulls when she volunteered to photograph dogs at her local shelter several years ago. "I admit I was a little hesitant around these dogs at first since I had never spent much time around them and I believed the negative media hype. However, after the third or fourth pit bull type dog I photographed wanted nothing more than to wag his tail and lick my face, I quickly realized that the media has it all wrong."

To create her latest book, McDaniel toured the US for six months, traveling 12,550 miles to photograph 82 pit bull or pit bull type dogs. She said, "Ever since I decided to create a series of photo books on dogs, I knew I would be devoting an entire book to pit bulls. You only have to visit your local shelter to understand why."

BADRAP Director Donna Reynolds noted, "Watching Melissa work with the dogs was fascinating. She drew out their joyful natures and just poured their personalities into her photographs. These photos can probably do more to help the public see the souls of these dogs than just about anything we could ever hope to say or do!" 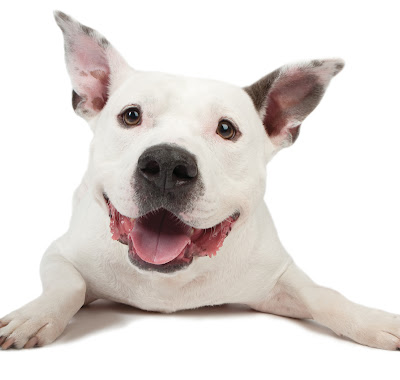 The event is Saturday, January 21 from 1-4pm at AnnaBee's in the Pedro Point Shopping Center at Linda Mar Beach. Suggested donation five dollars.

About AnnaBee's
Established in 2009, AnnaBee's Doggie Boutique & Cafe is a pet fashion boutique and indoor cafe for dogs located in the Pedro Point Shopping Center in Pacifica, CA. AnnaBee's boutique offers ready-to-wear couture garments for dogs of all sizes and a unique selection of handmade accessories and eco-friendly toys for cats and dogs.

About BADRAP
BADRAP formed in 1999 to tackle the difficult issues that had been bringing early death and suffering to San Francisco bay area pit bull type dogs. They soon developed into a nationally recognized resource for both dog owners and shelters, offering desirable pets for adopters, training classes for dog owners and presentations and professional consultations to animal welfare leaders around the country.

About The Photo Book Projects
The Photo Book Projects is a series of photo books (and more!) designed to raise awareness about companion animals in the U.S. and Canada today, especially those that are mistreated or abused. Issues addressed include the pet overpopulation problem, breed-specific legislation, puppy mills and myths about deaf dogs. A percentage of the proceeds from the first three photo books, Deaf Dogs, Rescued in America and Pit Bulls & Pit Bull Type Dogs, is donated to animal rescue and advocacy groups.

Did Melissa make up the short fall on the book? I love this book and the rescue one as well are in a nook in my coffee table.

If we lived close by we would love to. It would be the trip of a lifetime. Hope to be able to purchase the book and your calendars and help this year. Here's hoping you get a great turnout. We will just have to keep supporting you and these amazing dogs from afar. I am so glad so many people are doing some amazing things to show the world these dogs rock. Just treat them right, know what you are doing and be responsible and always seek professional help from a dog trainer to make sure you know what you are doing.

I wish I lived close enough to attend this, it sounds like an amazing event. While I don't have a pit, I do have a White German Shepherd, and Sheps get a rap as well (They were the poster dogs of hate for the 90's...now I guess it's the pit bull's turn to be misunderstood). It's good to see more and more voices speaking out against this discrimination and speaking up for the amazing character of these dogs.

Melissa McDaniel sounds like a very special lady. How super cool that JONNY JUSTICE, TEDDLES & UBS will be there.