a call for good news 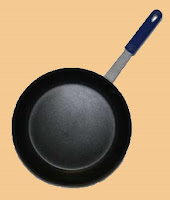 Sometimes dog work brings on dark days that are hard to shake. There are so many things to keep a tough skin about that it's easy to get caught off guard. This past week has been particularly difficult, even with our best teflon....

A few dogs that we were trying hard to save from a horrible animal cruelty case died anyway (the perpetrators are still committing cruelty - long story; more later) ... the local media pounced on a tragedy here at home and in doing so, condemned family pets in formula headlines, rolling out back room talk about BSL ... and our very own local shelter dug a deep moat around itself following public criticism - effectively preventing rescues from designing safe passage to dogs at risk. It's been a kick in the ass with way too many WTF moments and my busy head has been spinning a little too dizzy.

We're used to making our own good news to fend off the bad, but this week I needed a little help, so I outreached to our facebook friends with a request for their best happys. Within an hour, nearly 230 people voiced snippets of good news from all around the country. It was actually overwhelming .. Bam! Bam! Bam! .. news bits came pouring in so fast it was hard to take them all in. Some of it was a repeat of popular headlines: For example, lots of people were loving the story of the pit bulls who saved a chihuahua from the coyote....

... but by far, the most heartwarming bits of news were the smaller stories that don't make the news or large org blogs or websites. Like Laura Pieper who announced that her pit bull was just approved to give blood - saving the lives of other dogs, Jessica Najdek who was celebrating the return of her lost pit bull and her appreciation for the Alameda Shelter that treated her and her dog so well, Katie Bell who just put an obedience title on her dog, Darbi Blencowe whose rescue just finished heartworm treatment and found her forever home, Dena Ely whose rescued pit mix started signaling when her blood pressure drops and brings her close to black-outs, Bijou Galletti, who helped fight off a BSL threat in Long Island...and on and on. Get yourself a coffee and look up "I need some good news" thread on our facebook page.

I'm so grateful for all the response and optimism that poured in. And I'm becoming convinced that the enormous collective of individuals who extend so much compassion and activism towards making things right for the dogs is as powerful, if not more powerful, than any of the work the larger organizations do. The power of intention and all that. Individuals don't bring politics or policies to their work like organizations can do...They don't worry about budgets or promotion or answering 100 emails a day. In fact, they're free to put the most amount of attention and focus on any given situation or dog without being hindered. Pure focus.

Since optimism needs regular feedings (I know mine does), I'm going to declare Wednesdays 'Good News Hump Days' on our facebook page and collect the week's happys for everyone. Then, I'm going to pull out 1-3 of those individual, rarely heard stories and expand on them with more details here on the blog every Monday morning. So please contribute - or just watch, if that suits you. Whatever you do, keep making the magic that was so very apparent in yesterday's facebook thread.
You are the change the dogs have been waiting for. 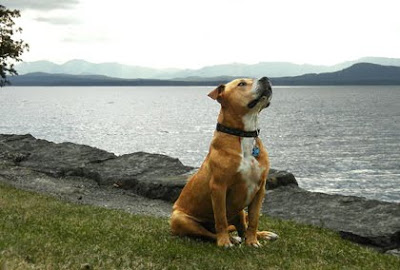 I love my pit bull she is my baby girl she will 5 years old and she is from our local Humane League and we got her when she was 6 months old. I would not trade her in for anything!!! She loves everyone and loves to give kisses. Oh did I forget to tell she is deaf and that only makes you want to love her more!!! anyone who says Pit bulls are mean needs to spend sometime at my house and sleep under the covers with my bed hog of a dog!!!!!

And you can help JoJo and the Rescue by voting.

I love the way the headlines have morphed from

Good News Hump day is an excellent idea. I know there are times I get very discouraged,
and take a break from the shelter, but then I miss the doggies and drag myself in.

I was so pleased to see they have extended the America's Dog promotion through
Labor Day. We are adopting out a lot of pits!

And the laws are changing, slowly but surely, to require shelters to work with rescue groups.
Did you see what Delaware has done?

Well that choked me up a little! I'm gonna go kiss my big red bulldawg now :)

we are looking forward to reading the newest tidbits of pitty happiness. Thanks for everything you do!

Dog bless you, D! Love that photo, too -- Phatman, right?

I'm sorry it's been one of those painful stretches, but thanks so much for sharing all the good news people sent on FB. Love the good news Wednesdays idea!

Absolutely thrilled that you've decided to devote one day a week to lifting our spirits. Sometimes, rescue work just plain sucks, and I'm grateful for anything that keeps me positive.

Thanks for the good vibes. Look forward to the weekly lift. But a little concerned about the local shelter issue. I hope they'll still be working with you to get shelter dogs into class and into good homes...

I saved my dogs life by taking her off the streets when she was 22 lbs (should of been 38) in return my dog saved my life by biting the man who broke into my house and tried to kill me.

To return my gratitude I have found myself a personal trainer who will teach her (the dog who is the love of my life) that mommy now carries mace and she'll never have to do that again.

you may not find this story in the news but if you search kayaking dog... you might find an awesome picture of her riding the rapids.

Thanks Trisha. Sorry to be so obscure about the shelter. Berkeley (where pit ed classes are held) is not in the cross hairs, but my city shelter is. Yep - a little concerned, for sure.

My deaf pit girl just passed her eval to begin therapy training. (I wrote you an email awhile back about her visit with my husband's dying grandfather - though I'm sure you get so many emails you don't remember!) If all goes well, we'll be certified by the end of the month.

Every Wed and Sat nite I teach a class with teens and older volunteers to work with the shelter pitbulls to help them find good homes. We train and then go on a group walk together. As I looked down the street that we were walking my eyes filled up with tears. There were close to 30 people there. I explained to the lady that I was walking with how emotional I felt seeing that many people there in support of my breed. Well, I got smacked down pretty quick when she informed me that they aren't MY breed, they are OUR breed. Made me even more teary eyed.

Thank you Leslie. You have a way of creating the very best news for the dogs.

Trisha - I got teary-eyed reading your note, lovely! =)

Donna - your site often contains my bit of good news, thank you for that. Sending you the biggest, wiggliest, silliest pitty hug imaginable!

PS: We (Rescuzilla) have had an incredibly crap 10 days as well...here's to hoping it's just that time of year!

What a wonderful idea. Goodness knows there is always bad press and worse opinions out there, and sticking up for the breed (even when you're just trying to take your dog for a walk, etc) can take it of anyone some days.
I agree with you, Donna, that, most often, concentrating on one dog or situation at a time can make the most difference, and usually also leads to lots of outside involvement. Huge problems always seem too big to even attempt to tackle, and people get discouraged. But the saving of one life, and then another, makes people feel like they are making a differene - and they are.
I know the world would be a much sadder place if it didn't have my two pittie babies - one a cruelty rescue, and one a hurricane Ike survivor - in it.

Beautiful Donna, agreed it is much needed. Just seems every time the breed and its advocates start to make major strides, something comes along to remind us we still have a long way to go. ={ Guess we gotta accentuate the positive and keep on going...